AVAs are part of an appellation system that defines winegrowing regions. In order for an AVA to appear on a wine label in Oregon, at least 95 percent of the grapes used to produce the wine must be grown in that AVA. One of 18 AVAs in Oregon, the Willamette Valley stretches 120 miles from the Columbia River south to the Douglas County line. It is 60 miles wide and bordered by the Cascade and Coast Range mountains.

Unique features that distinguish each AVA relate to climate, soil, topography, quality and characteristics of the wine produced there. The hallmark of the Willamette Valley AVA is a cooler climate suitable for grapes that don’t require strong heat and sun to ripen, such as pinot gris, riesling, chardonnay and pinot noir.

Oregon vineyards share similar climatic conditions with other well-known wine regions of the world. The estate vineyards are planted at an altitude of 740 to nearly 1,200 feet above sea level. Our grapes benefit from long summer days with optimal ripening conditions and cool evening temperatures moderated by the prevailing Northwest winds that roll in from the Pacific Ocean. Ideal weather conditions are complemented by the estate’s slope and the Bellpine and Jory clay-loam soils — rich in iron, well-draining and with excellent moisture-holding. 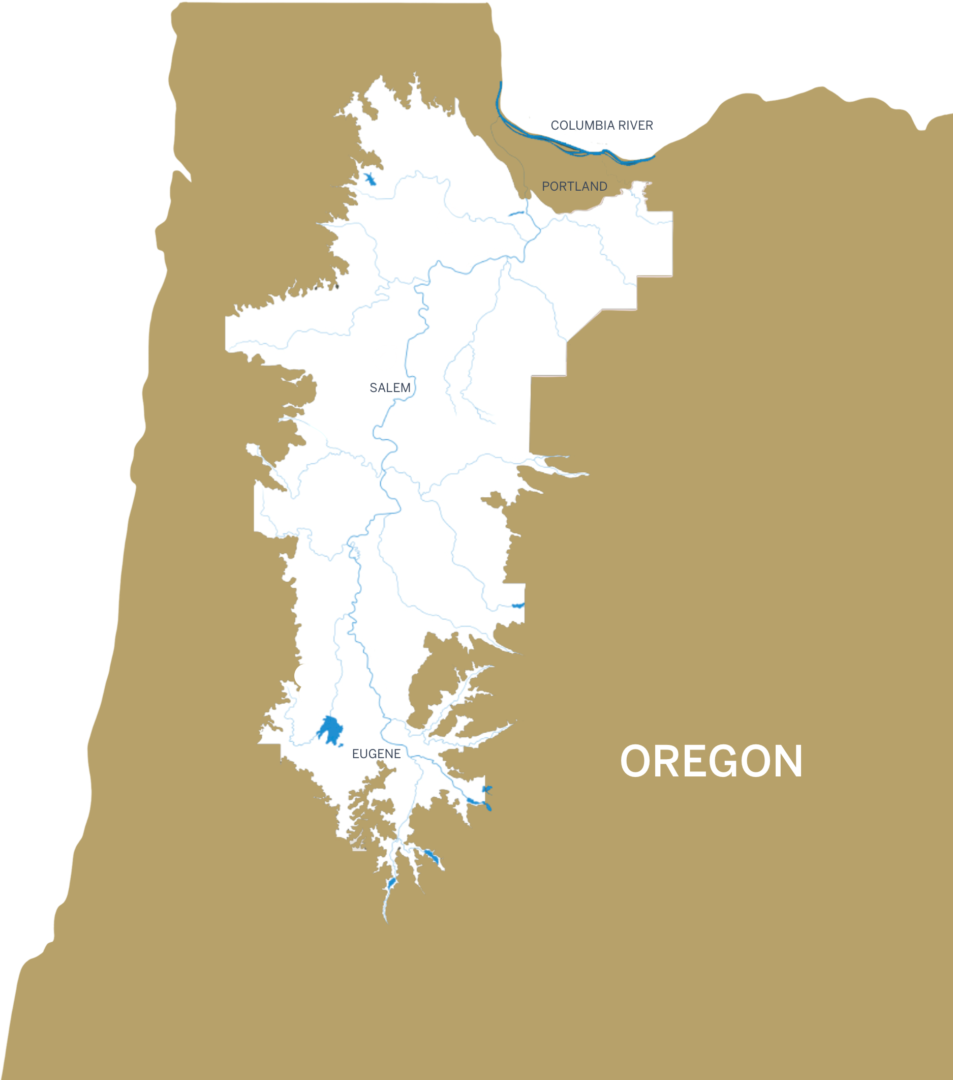 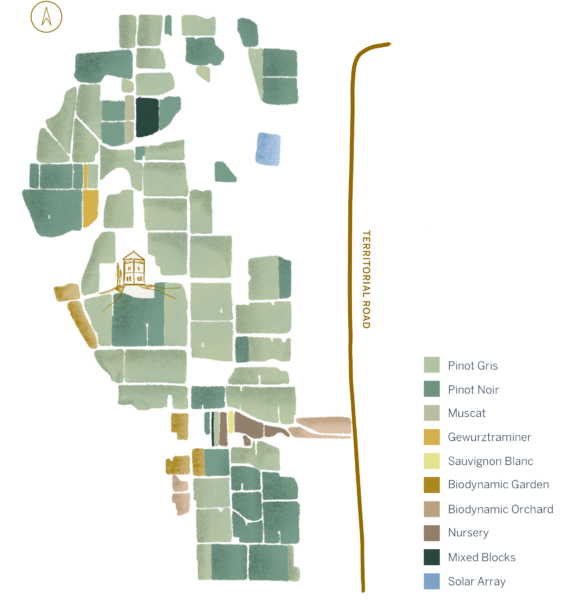 As much as one-third to one-half of the grapes used to make King Estate Willamette Valley wines come from our estate-grown, certified Biodynamic fruit. The remainder is sourced from a careful selection of like-minded sustainably farmed vineyards throughout the AVA. Our winemakers keep these vineyards lots separate before making the final blends, ultimately creating a wine that showcases the beautiful spectrum of the Willamette Valley’s growing regions.

King Estate has 1,033 Biodynamic-certified acres in southwest Eugene at the southern tip of the Willamette Valley AVA. A working farm, King Estate has 470 acres under vine: 165 of Pinot Noir, nearly 300 of Pinot Gris, and the balance in other grapes. Another 30 acres feature orchards, gardens, lavender and bee hives.

The intense, complex and seamlessly balanced flavor of the Willamette Valley can be found in every bottle.